Hello everyone, it is with absolute pleasure that we bring to you our guest blog from Councillor Ian Adams, Westminster City Council – Cabinet Member, Public Protection and Licensing; LGBT+ Lead Member.  Although Ian’s work brings him directly into influencing and shaping front line services, he is writing here about whether identifying as LGBT+ contributes to personal resilience and wellbeing, and in doing so he shares with us his personal insight into being part of the LGBT+ community. We are truly grateful for Ian’s honesty, and hope that his writing inspires you towards greater understanding, acceptance and equality for everyone. 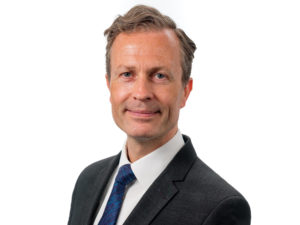 I begin with a confession.  Despite working for over six years in the NHS, my discussion about personal resilience and wellbeing will be approached from a lay perpsective, given my credentials on the management, not clinical side of the health service.  My professional ‘bag’ is strategic communications and engagement – often placing me at the forefront of relationships with external stakeholders – many of whom have strong opinions on what’s wrong (and right) with the UK’s health service.  Like many professionals, I also have ‘another life’ outside my day job.  In my case as a senior local politician in the heart of London.  Needless to add, this, too, brings me into direct contact with a whole panoply of advocates and community representatives, including those from the LGBT+ Community in Westminster, where I have served on the council for over 16 years, and where I serve today as LGBT+ Lead Member in addition to my role as Cabinet Member for Public Protection and Licensing.

As well as practising as a communications professional for 30 years since first graduating, I have been openly gay throughout my adult life.  What’s remarkable is that still today, despite a seismic change in social attitudes concerning same-sex relationships in Britain, many young people still face personal angst and heartache when confronting their own sexuality, particularly if they identify as LGBT+.  In the mid-80s, during my formative years growing up as a teenager in Liverpool before moving to London as a student, around 80% of UK adults thought same-sex relationships were mostly or always ‘wrong’; today that figure is less than 20% – according to the 2016 British Social Attitudes Survey, the latest one available.  So there’s been a complete reversal of people’s views about LGBT+ relationships here.  But of course one in five people still regards same-sex relationships as mostly or always ‘wrong’.

I think that provides robust context for the pressures which young – and older – LGBT+ people face today, whether in coming out to their parents, families and close friends, or to peers, teachers and employers.  So a question arises from this about society’s ongoing discriminatory attitudes, albeit held today by a far smaller proportion of citizens than 30 years ago, and the impact that these attitudes have on individals’ resilience and wellbeing.

Much has been written about these two interrelated concepts – e.g. in 2010 the Young Foundation developed a Wellbeing and Resilience Measure (WARM) to gauge levels of wellbeing and resilience in communities in the UK.  The researchers of this work contend that wellbeing and resilience are linked – wellbeing describes and captures a mental state at a point in time which varies from individual to individual.  Resilience, by contrast, is dynamic and takes into account both the past and future – a person can build resilience before they hit a crisis and are more likely to cope with problems that may be around the corner.

Taking resilience first, does identifying as LGBT+ make one susceptible to being more or less resilient over time?  Arguably resilience is rooted in social networks and their associated support – having a network of friends and/or family members to talk to, living in a neighbourhood where people stop and chat to each other on the street or in the local pub or wherever, as well of course as having the wherewithal to face problems or challenges as they arise.  Coming out as LGBT+ is for most people I would say a Very Big Thing – a major personal and social hurdle that has to be approached and navigated with self-confidence and self-belief – and, without wishing to sound narracistic, a healthy respect for yourself.

Some LGBT+ people will undoubtedly come out at times of great emotional turmoil or upset in their lives – perhaps in response to an unexpected moment of crisis or at great personal risk.  For others like myself, while not an easy decision, a far less traumatic experience – often rooted in the love shown in response to engaging with family members, friends and trusted colleagues in the workplace.  By contrast people who identify as heterosexual don’t face such a hurdle in their lives – given the social norms associated with sexuality in most human cultures.  I would therefore argue that someone who identifies and accepts themselves as LGBT+ may be more resilient over time than a straight counterpart.

So what about wellbeing in this context?  The Young Foundation study found a strong correlation between wellbeing and resilience, with a majority of respondents reporting both high wellbeing and resilience levels or vice versa.  But is this necessarily the case for many LGBT+ people, especially if mental wellbeing is strongly correlated with material wellbeing – e.g. based on employment status and confidence.  Sadly many LGBT+ people still today (around 25%) report having experienced discrimination in the workplace, whether based on lack of promotion opportunities or derogatory comments made about or to them around the water cooler.  Whether or not they actively come out in such situations, some LGBT+ people are at risk of suffering lower levels of wellbeing in such circumstances.

From a personal perspective I am very fortunate firstly to have worked in organisations throughout my career where being gay simply hasn’t been an issue.  Not only that, but I have enjoyed recognition as a gay man in terms of being asked to support other LGBT+ people at work or more recently, as an organisation and civic leader, acting as a sponsor for corporate initiatives aimed at combatting discrimination and promoting diversity, equality and inclusion in the workplace.  For example today I am working with HR professionals at Westminster City Council, as a serving Councillor, to set up a LGBT+ champions group among staff, based on following advice offered to employers from Stonewall.  I am also spearheading the council’s work on developing a hate crime strategy, as part of my Cabinet Member portfolio.

These extrinsic demonstrations of the council’s support for LGBT+ people and others who might potentially face discrimination either in the workplace or local community helped me to build on my becoming a visible LGBT+ role model when I served last year as the first ever openly gay Lord Mayor of Westminster, attending over a thousand different engagements, often accompanied by my husband Christopher.  So it’s through this direct experience that I can attest to the inter-relationship between resilience and wellbeing, benefiting as I do from strong personal and social networks aligned with a supportive and nurturing professional environment.  But, of course, in being a visible role model in my own community I am acutely aware that others face their own challenges when identifying as an LGBT+ person which is likely to impact on their wellbeing – and in all probability their underlying resilience, too.

(C) Ian Adams 2018. The views expressed are entirely the author’s own.